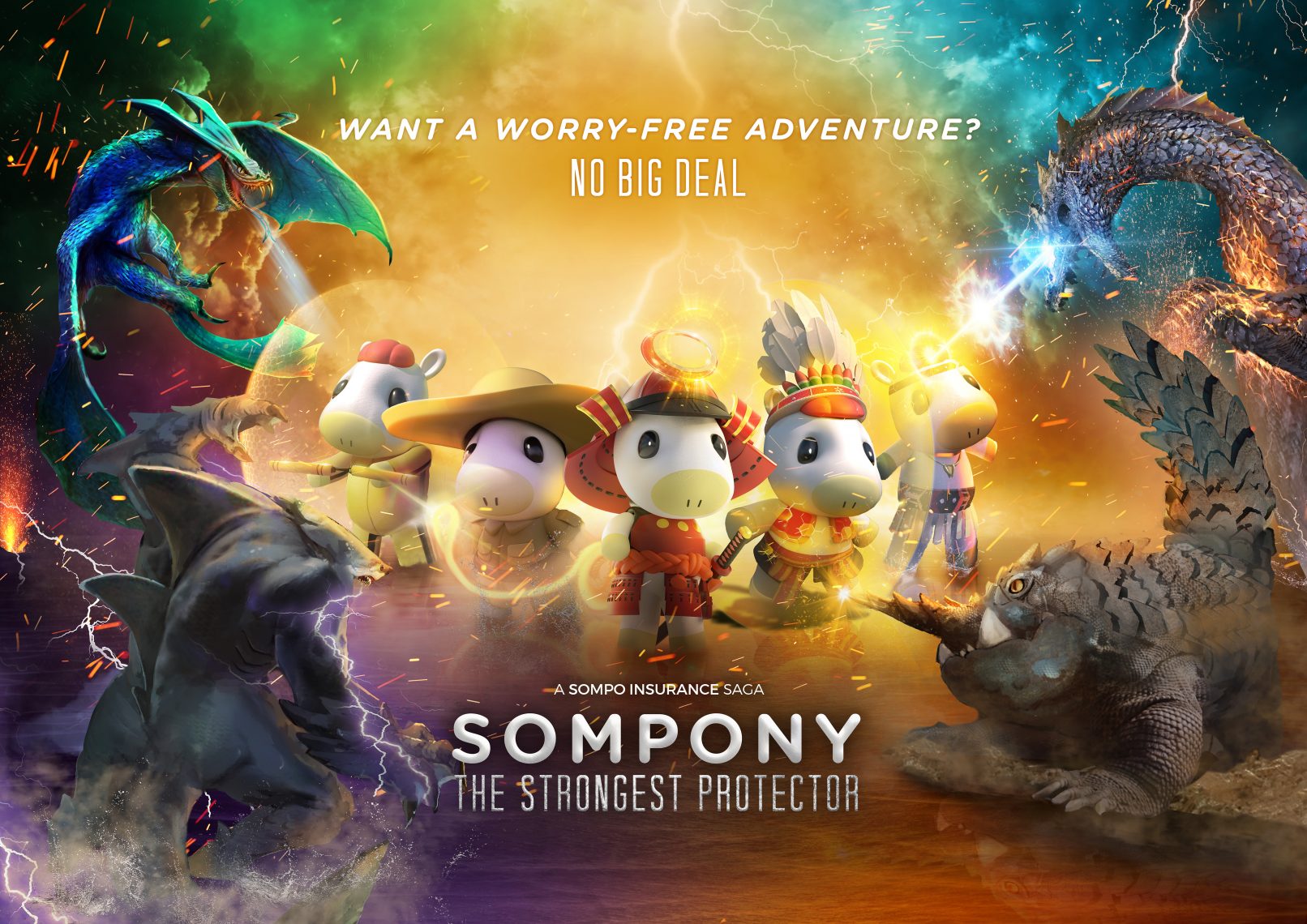 Despite operating in Singapore since 1989, Sompo Insurance (Sompo) remained an unfamiliar brand name in Singapore’s very saturated general personal insurance sector with very low recall and awareness. For this branding campaign, Sompo wanted to strengthen the company image using their travel insurance, the most well-known product.

Sompo wanted to build upon their existing Facebook platform, as well as focus on exploring out-of-home advertising and the engagement of digital influencers. Through these key channels, contests were used to drive traffic and engagement.

Common travel inconveniences were presented as giant monsters to show that even the most ‘epic’ problem is no big deal when Sompo covers you. Sompo’s mascot, Sompony, was the hero to protect travellers around the world from the villainous monsters. Sompony’s story was at the core of the three-phase campaign.

An unconventional 1960’s Godzilla-inspired live-action video with old school costumes and props was made for YouTube and digital billboards. A microsite was built to consolidate all campaign materials, including a fun game to better immerse the audience into Sompony’s story.

To strengthen Sompony’s persona as an international protector, a series of Somponies and monsters with strong cultural connections to Australia, New Zealand, Taiwan, and Hong Kong was developed. These visuals were put up as 100 bus shelters for the campaign’s final contest, which Tilt partnered Night Owl Cinematics (NOC) and their influencers to help promote. 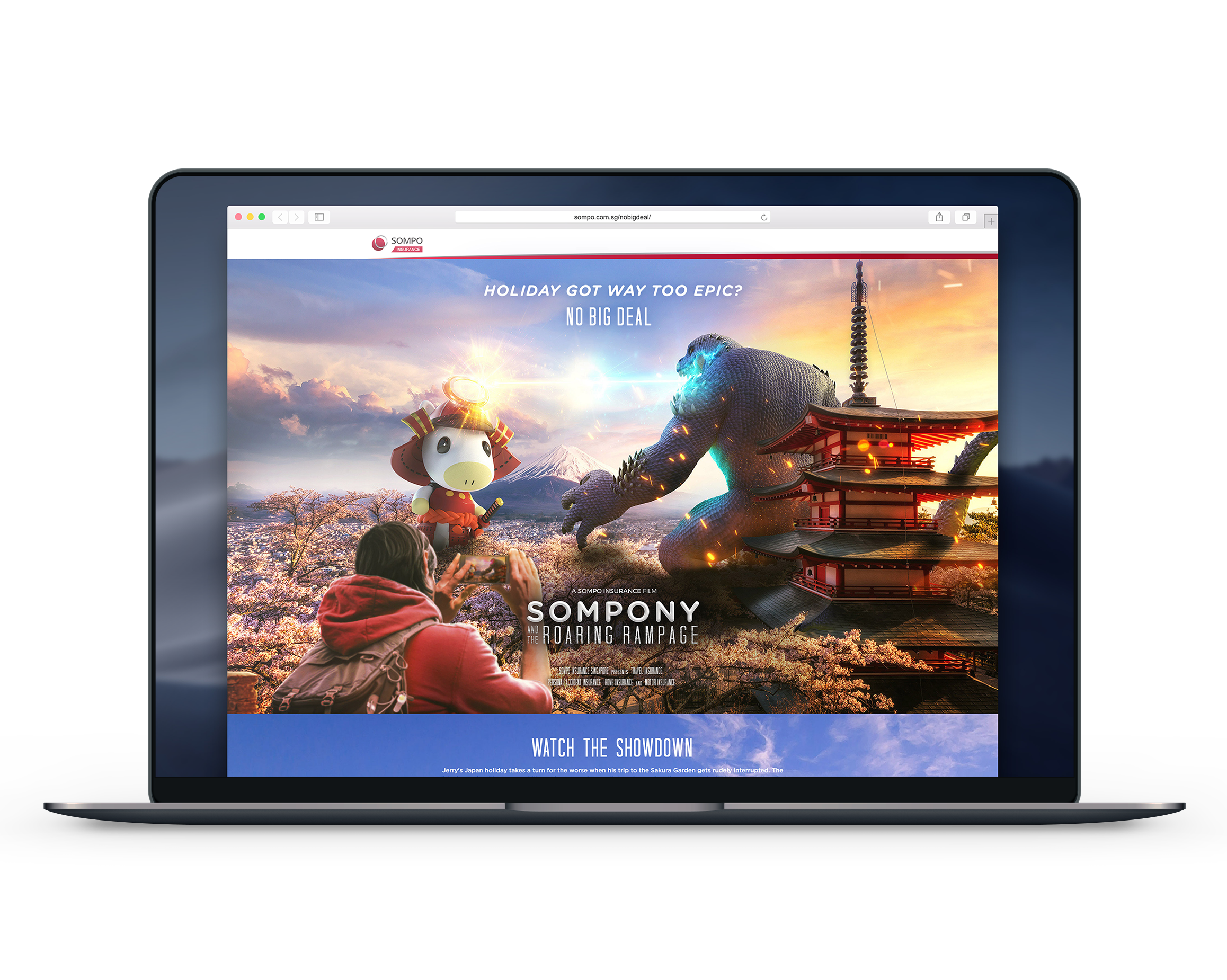 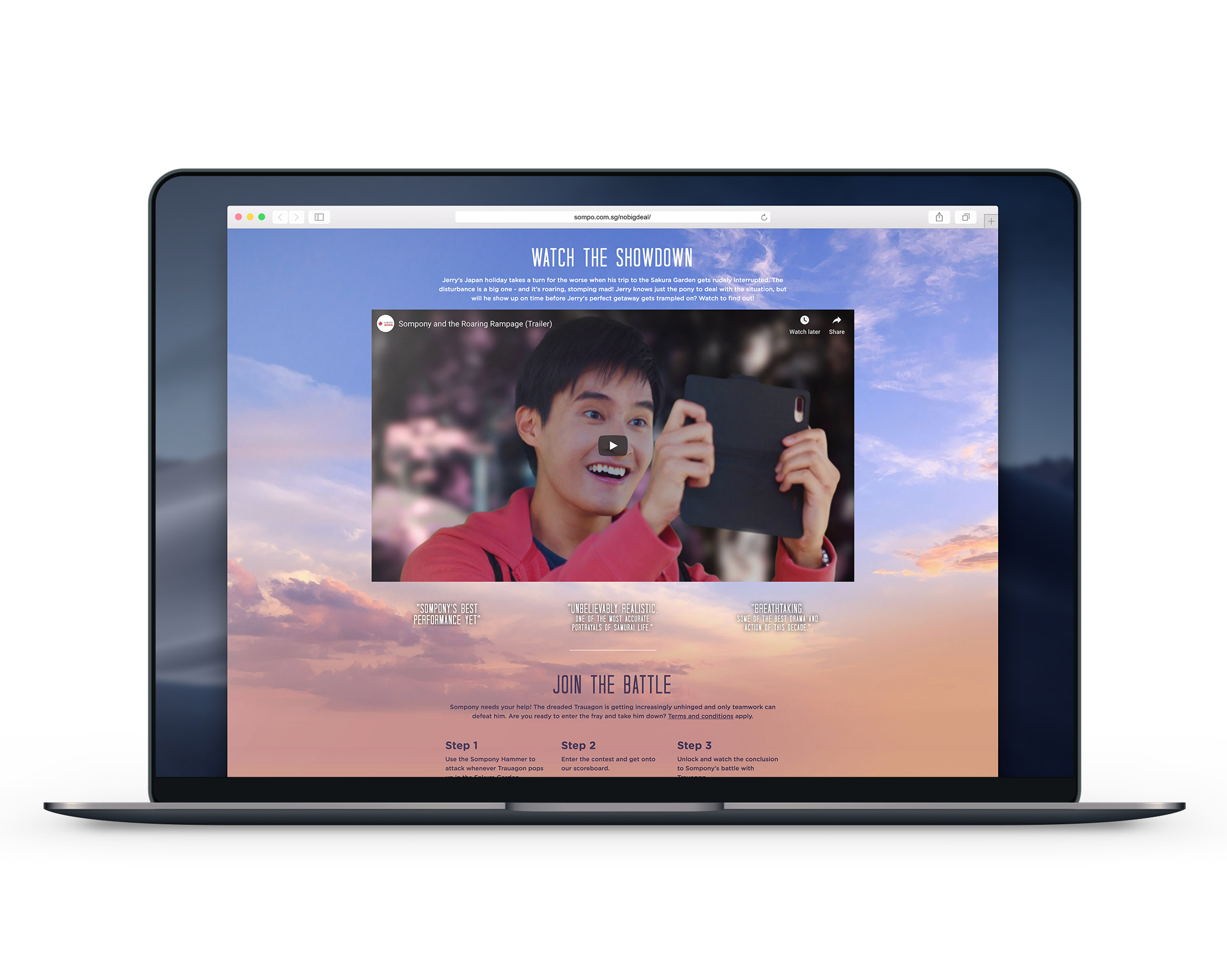 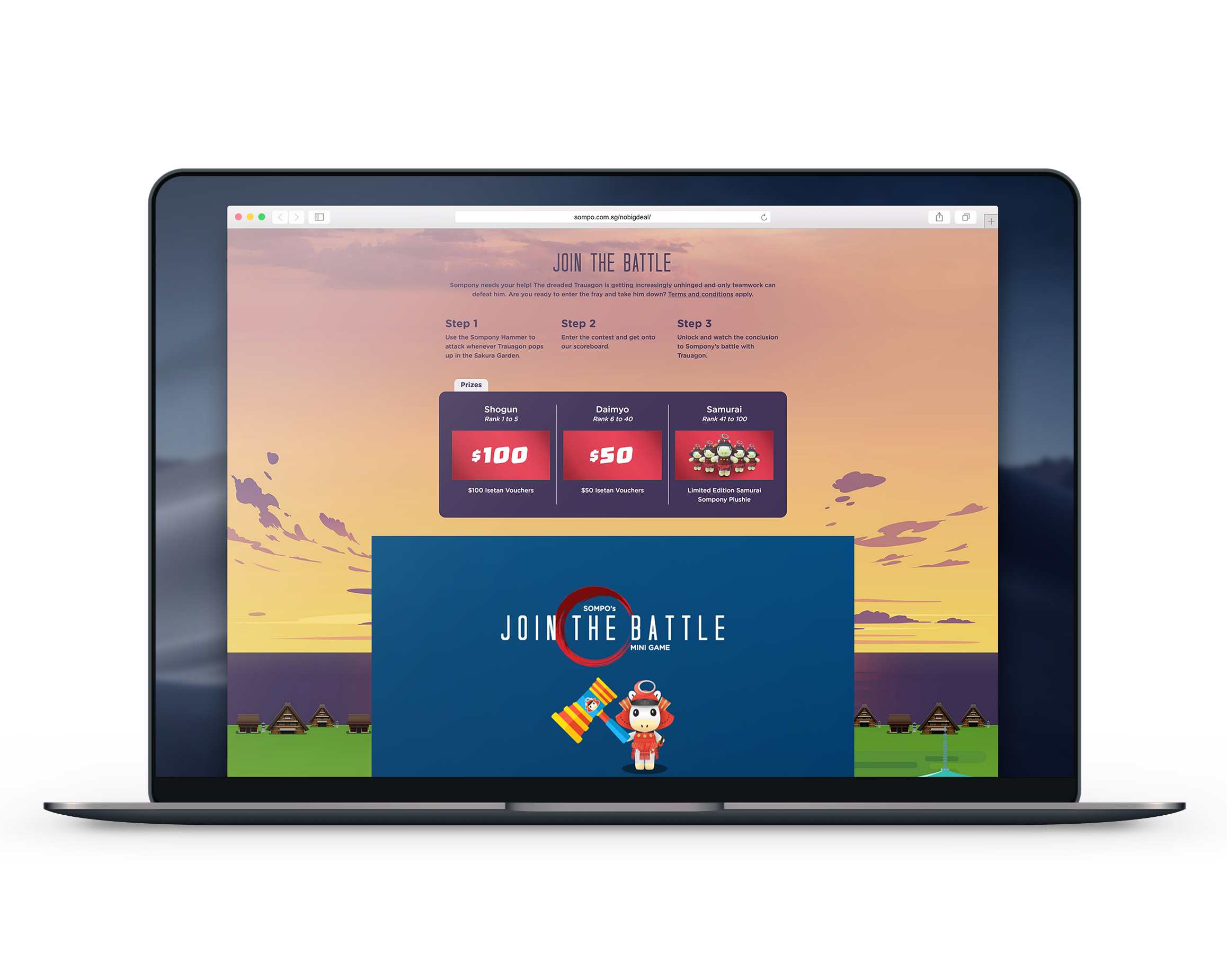 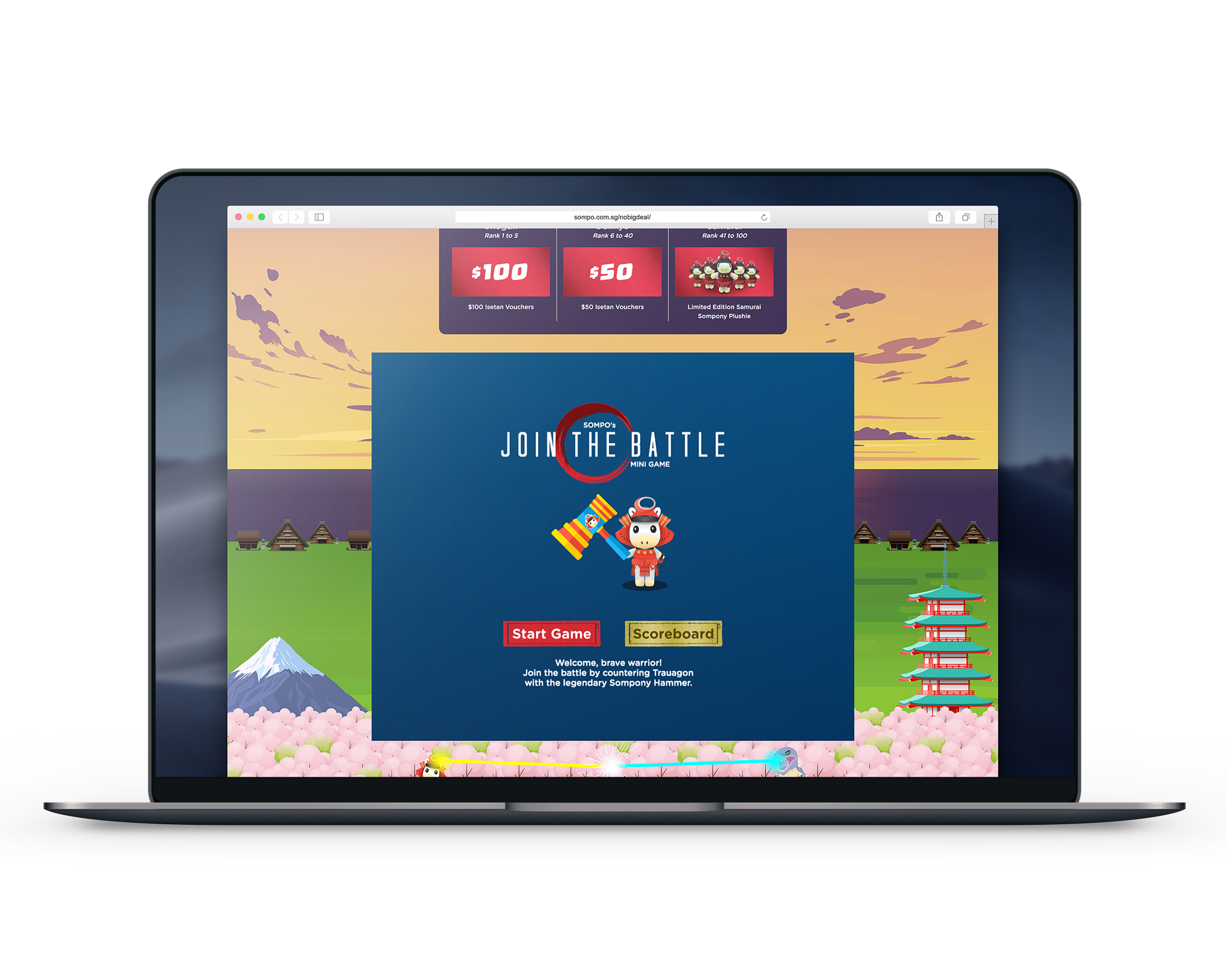 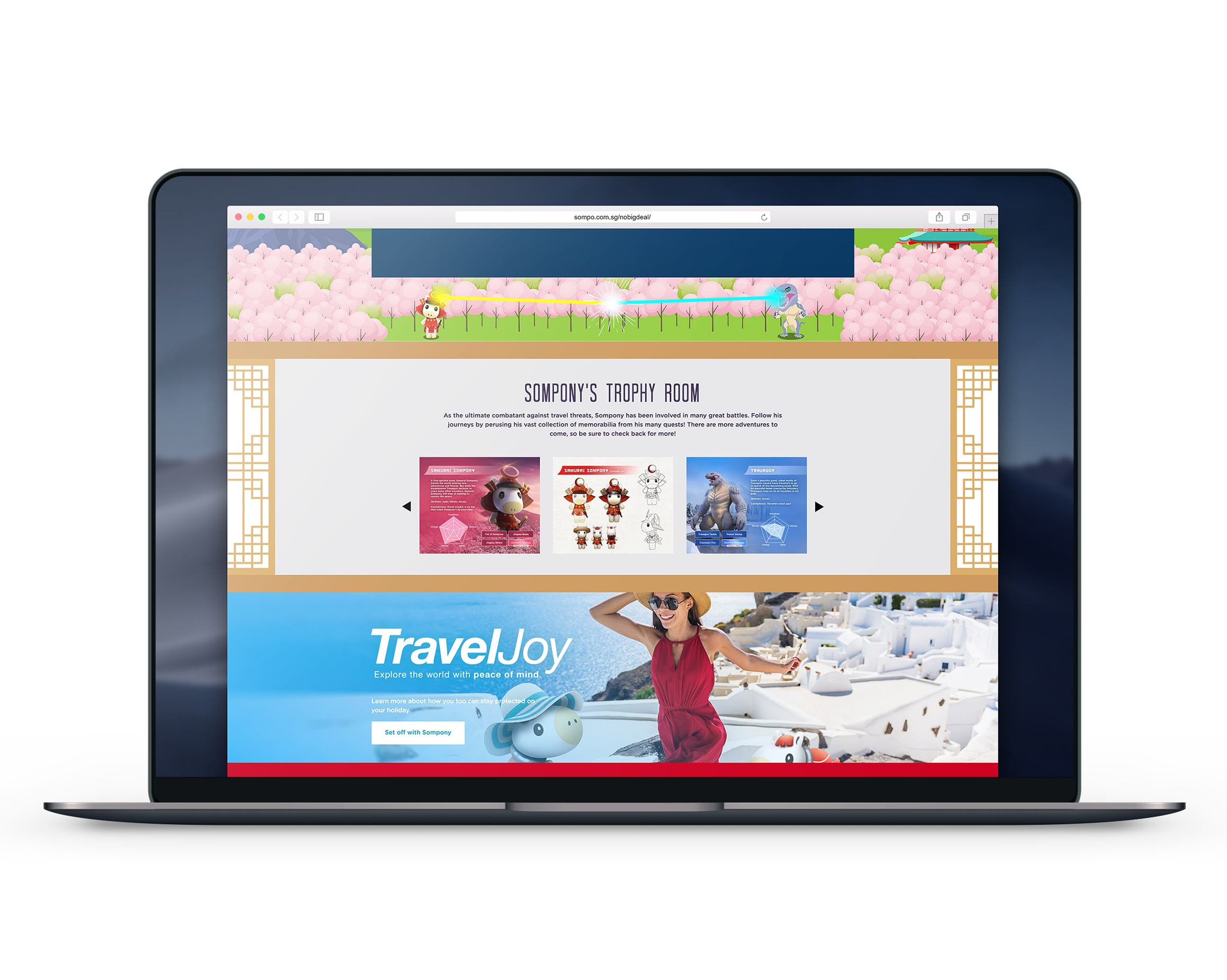 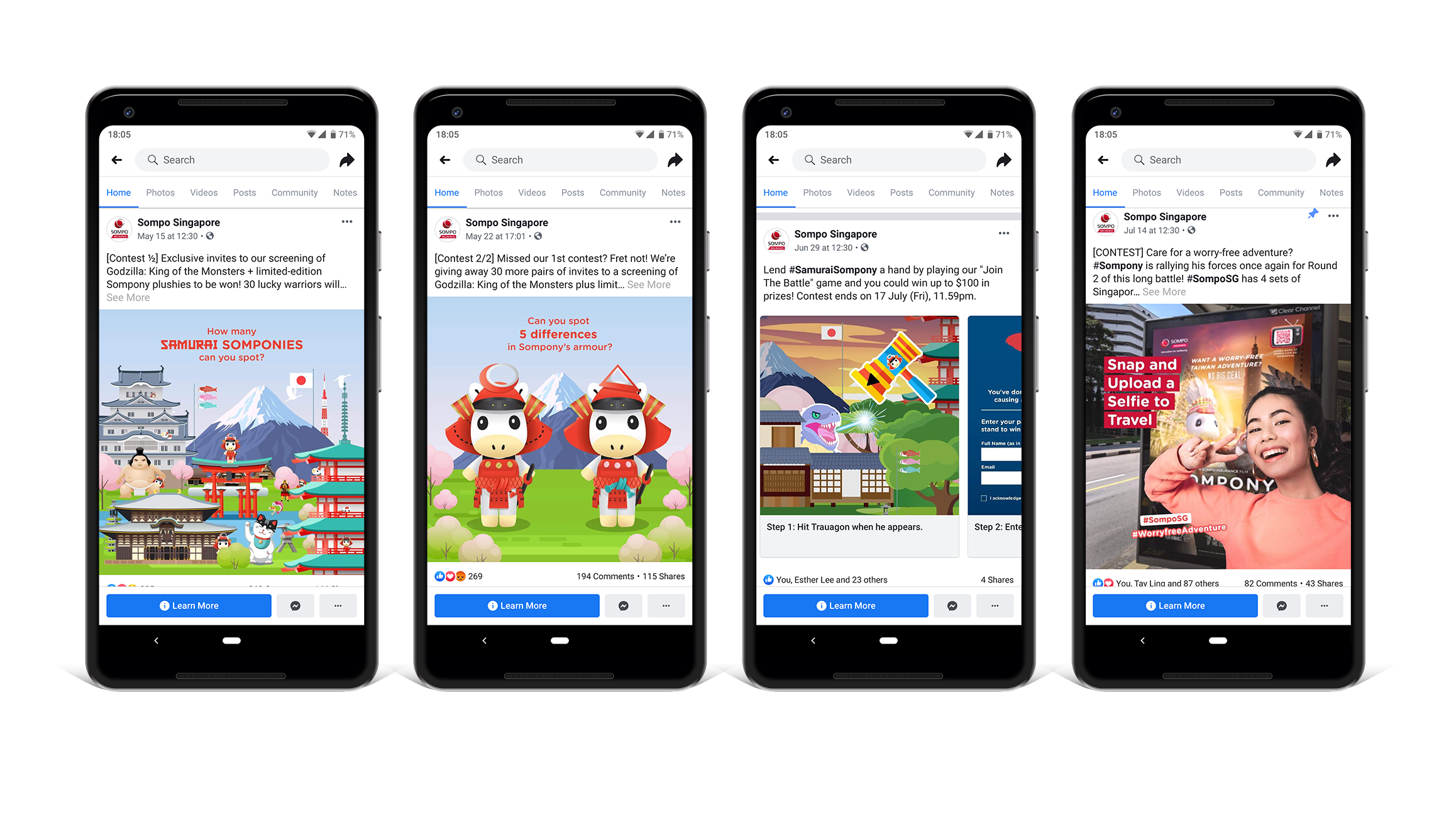 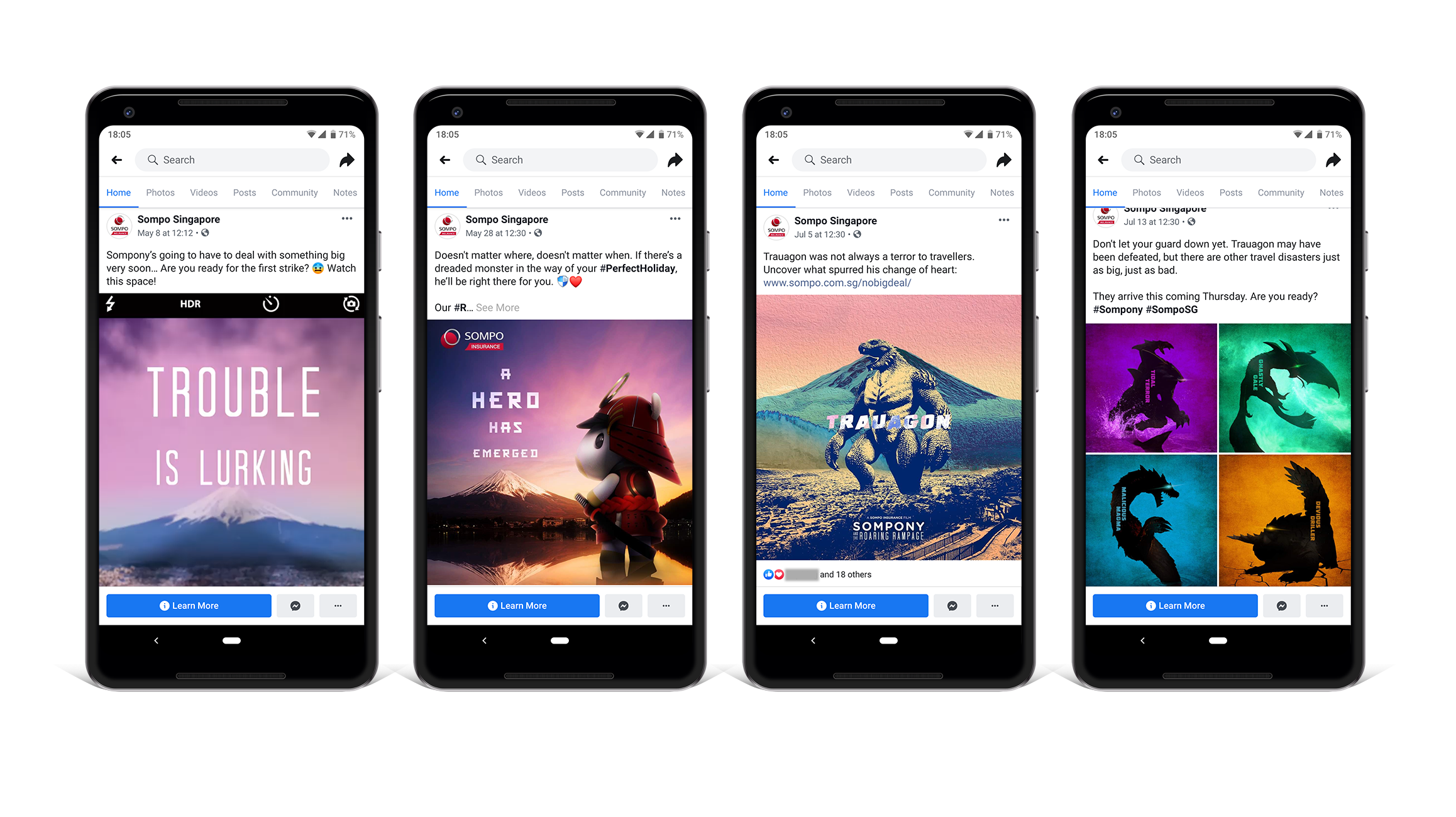 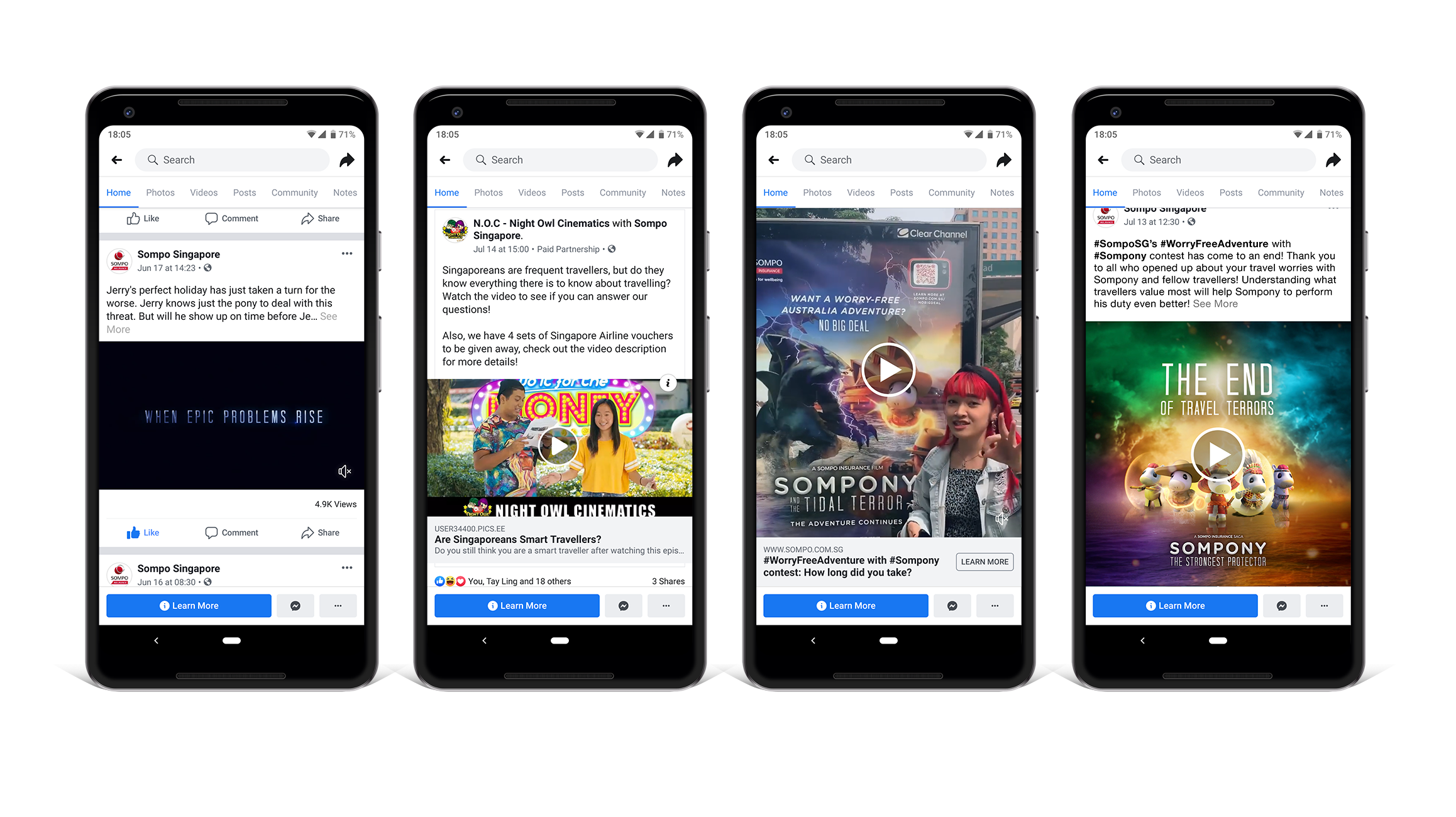